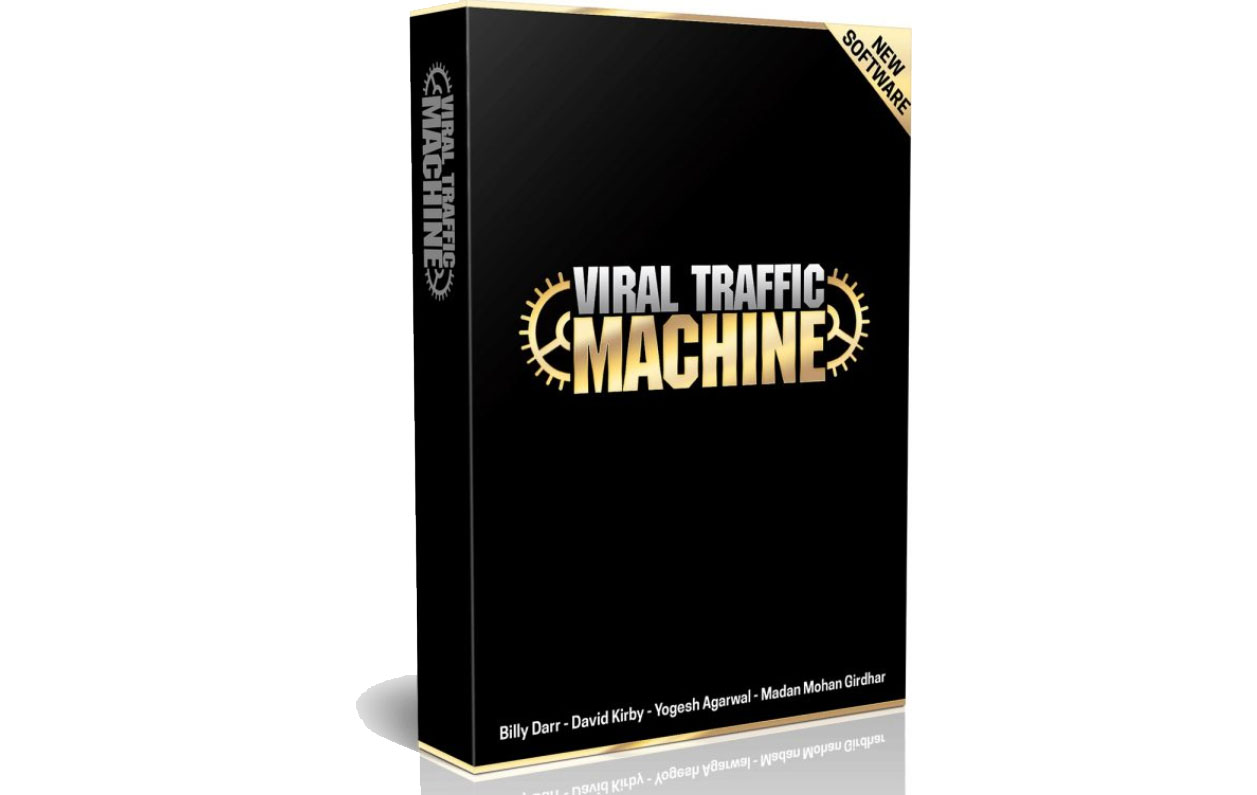 Verdict: A program that makes all kinds of promise but fails to actually follow through with all of them.

I’m pretty sure you’ve heard of the word “viral” and you instantly thought of those popular videos. The word “viral” has not been used correctly for a long time now. It’s now being used as a term to describe something that is quickly becoming popular. That is why it has become the buzzword in the marketing community.

Now, in this review, we are not only going to look at the basic description of this program. We are also going to investigate how this program actually works to help you determine if it’s worth your time or not.

What Is Viral Traffic Machine?

Viral Traffic Machine is a program/tool that claims to help its users get traffic through clickable images. It’s an automated tool that searches for popular articles on the internet. Once it finds a related website, it creates a thumbnail with a clickbait-y headline. Whenever someone clicks onto the image, they’ll get redirected to your website.

In short, it allows you to gather clicks to your website using a bait and switch tactic. Already, I can come up of several issues that can stem from this marketing strategy. Firstly, it’s somehow misleading since visitors are going to be redirected to a site that they don’t expect. Like I said, it’s just bait-and-switch.

Secondly, if a person gets redirected to a website that isn’t related, their first reaction would be to go back, or close the tab. Sure, that would still count as a click, but it doesn’t actually translate to convertible sales number.

I’m sure we’ve all had that experience when something random popped-up when we were browsing. The first thing we did was to look for the “x” button, because that’s just instinct. This program basically does the same thing, minus several steps.

David Kirby is the author of this program. As far as I know, David Kirby is a real person and not just some alias. He gained most of his followers on JVZoo, a popular affiliate marketing platform.

Viral Traffic Machine is not his first program. He actually has several on the market which did not become as popular as this one. You can say that he is persistent as this program is actually gaining popularity.

Now, is this boost in popularity a sign that his program actually works? Or is it just because of the name? Either way, we’ll find out that in this review soon enough.

How Does Viral Traffic Machine Work?

I’ve put a video down below for you to check. Just word of caution – the video below is a bit biased since it came from a member. It does offer you a look inside the dashboard of the program which is cool.

But objectively speaking though, I saw several glaring issue with this program.

The first issue was it curates different viral articles and make an almost robotic kind of clickbait, which it hopes that people would click. That doesn’t work, unsurprisingly.

Another thing that it claims it does is it makes publishing super easy with just one click. The thing is, it also just takes one click to publish something on all social media platforms. You don’t really save much time here. And the resulting posts are robotic at best.

How Much Does It Costs?

One good thing about this program is it’s really cheap.

It’s priced at $17, which should place it at the lower end with regards to the pricing of marketing tools. To give you a reference, majority of marketing programs are priced at $50.

In a way, the low pricing almost suggests that this product isn’t as good as advertised. I mean, if you think about it, pricing should be per click if it actually works. Even better is if you pay whenever you successfully get a lead.

This isn’t the deal though. You supposedly get a “great” product with just $17. That’s too good to be true, in my opinion. And you know what they say about these types of deals, right?

It’s easy to use

Say what you want about this program but the dashboard is kind of slick. It looks intuitive and simple, which is good since that means that it’s a pretty straight forward program.

At $17, it’s quite cheap. I’ve reviewed products like this one which cost double, or even triple. Are you able to earn something from this investment though? That’s the question, and if you think YES, then maybe give this program a shot. As for my personal opinion, even at that price, you’re unlikely to earn a dime from it.

It relies on bait-and-switch strategy

This technique of redirecting people to unrelated sites has never worked, and never will. It’s just common sense. If you get redirected to something that you are not looking for, you won’t even think twice about closing the program – you just do it.

Their training material is outdated

The details provided in their training module is dated, not to mention vague. If you are looking for a program that has specific instructions, this is not it.

If you go to their website, you will see plenty of claims about the efficacy of this program. The truth is, those are just hype words designed to lure you into buying this program.

If you think you can escape upsells because of the $17 price tag, you’re mistaken! This program has more than 5 upsells, the most expensive of the bunch coming in at $197. That’s more than 10 times the basic price.

Remember when I said that this product is cheap? Well, it’s not exactly.

Viral Traffic Machine is not exactly a scam but it operates on a lie, basically.

This program makes it seem like you will gain thousands of followers with just one click. This is a lie.

What this program does is basically connect all your social media account into one account that would allow you to publish contents simultaneously. That’s basically it. However, you will notice that when you publish automatically, the resulting posts sounds too generic. They don’t seem like they are written by humans.

No one would click a link that looks artificial, which is practically the premise of this program.

Overall, I would advice against getting this program. There are plenty of alternative out there that are not only better but offer a more robust marketing plan.

I don’t want your research to go in vain. You’re already here, which means that you are interested in learning more about online money-making opportunities.

I’d like to introduce you to a program that I’ve been raving about for the past several years now. I’ve recommended it to plenty of my reader and I’ve only heard good things about it. It’s my bread and butter and the main reason I earn online.

To learn more about how I make money online, just click the link. See you there.