Project Payday – Is It A Scam? 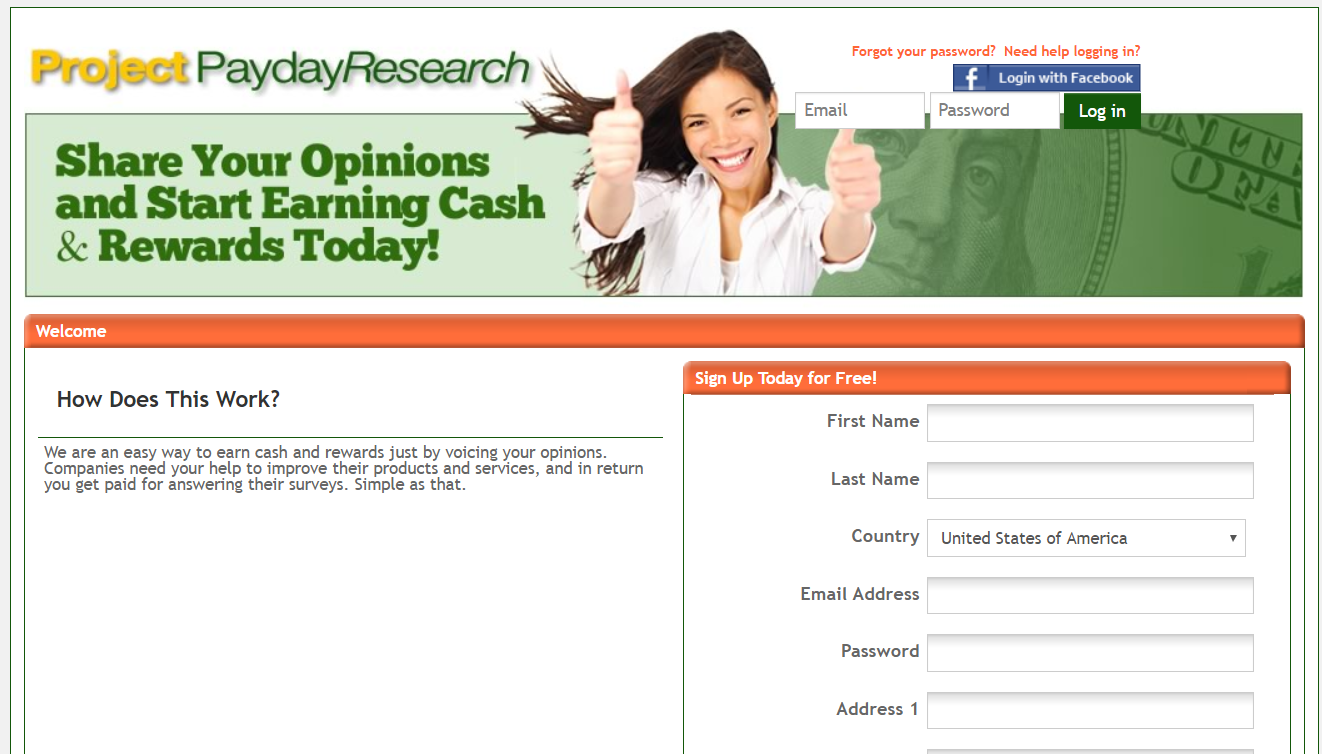 I am pretty certain that most of us, in one way or another, have searched for new ways to earn money online. Earning extra money using the internet will always be a good thing because, you know, money is money. Earning something extra on the side using the internet would always be great. That being said, many companies have been using the internet to advertise their program – programs that would help you earn money on the side. There are literally thousands and thousands of these programs in the wild, and all you have to do is choose the right one in order to earn money. Unfortunately, choosing the right program will never be easy because the majority of advertisements you see on the internet are just scams. They are just scams designed to rid of your hard earn money without getting much in return. As such, I have created a website, this website, to help you guys identify which programs are bogus and which ones are legit. Today, we’re going to take a look into Project Payday. Is it just another scam? Let’s find out.

A long time ago, answering surveys on the internet could actually earn you some money. I remember earning my first hundred dollars online answering surveys but those days are gone now. With so many survey providers out there, it’s almost impossible to find one that actually pays a respectable amount to their users. Is this company, Project Payday, one of the good guys of the survey industry? Can you actually earn a living using this product or is it just like any other new survey company out there that is out to get your money? We’ll find out today.

What Exactly Is Project Payday?

Project Payday is founded by Monika John in 2006 which makes the website more than a decade old, which is almost always positive because the longer the company has been operating, the higher the chance of it being legit. A company that’s been running a scam can’t really hide their scam for more than a decade without being found out, but I digress. There are rare cases in which a scam company can keep up its run for even longer than a decade.

Upon checking on Better Business Bureau (BBB), Project Payday seems to have no rating at all, and it not BBB accredited. This actually isn’t that surprising since many online companies don’t seek out ratings on BBB. However, this does raise my eyebrows a bit because a company that supposedly been operating for more than a decade surely should have at least a BBB rating.

How Does Project Payday Work?

Basically, Project Payday works like any other survey websites on the internet. You take a survey and get paid once you finish it. Also, like any other survey sites, you don’t actually get paid that much even if you are able to take surveys for most of your day. In all actuality, it’s possible that you will not be given any survey questionnaires because they have a very limited number of them per day. Based on my research, you would be lucky to get 1 survey per day, and the surveys themselves take a very long time to finish. Based on that alone, I should deem this product unworthy but this is just half of the story.

What I Hate About Project Payday

Way before the popularity of the internet, a lot of money could be made of answering survey questionnaires online. It is only now, with the advent of many bogus companies, that answering survey questions became such a lousy job, and oftentimes, not even worth your time. Gone are the days where you can actually earn a respectable amount of money answering random questions from a reputable company. Don’t get me wrong, there are still reputable survey companies out there but the truth is they are very few and far in between.

Unfortunately, this company is not looking so good right now. I personally have a lot of issues with this company and upon checking reviews online, I am definitely not alone in this. I will list my issues with it down below.

The surveys are very rare and when they become available, you better hope you get selected by their AI because there are literally thousands of people just like you who are hoping to get selected. The overall availability is survey is very questionable and I could argue that you can earn more money watching the paint dry.

The survey questions that will come (if they do) aren’t even surveys, so to speak. They are just questionnaires disguised as surveys that are designed to get your spending habits, personal information, and many more. The survey company that provided the questionnaire then will sell this information to a third-party company, say, for instance, a large retailer, to use your data for their marketing gimmicks. This is almost a breach of your privacy but they package it in such a way that you’re just answering a random survey over the internet.

One of the most obvious scam from this company is the total unrestricted nonstop upsells. Project Payday sometimes gets their users “surveys” that are just advertisements in disguise, something about investing money to get something in return. To be fair, this is not strictly an “upsell,” but it’s pretty close to it considering that this program is supposedly free.

For many people searching Google for ways to make money online, the first results they would get are from survey companies – and this is not an accident. Survey companies target these keywords to lure in gullible people, mostly young adults looking to score a few cash without working in an office.

The fact of the matter is, answering surveys is not fun, especially when it’s not even a survey that you’re answering but a personal information questionnaire that is designed to get your personal data and sell them elsewhere. This has been happening all over the world because your information is a commodity now.

So, Is Project Payday A Scam?

That’s a tough question because looking on the surface, it certainly doesn’t seem like so. However, if you deep dig enough, you can see that it does operate like a scam company. That pay is peanuts and is not enough to even be considered pocket change. The only real way for you to earn money is to recruit other people to answer the survey on your behalf. You would then get a commission every time you do. Additionally, you would get a commission any time one of your members recruit someone. Does this sound familiar? It’s a pyramid scheme.

Apart from it being an obvious pyramid scheme, the surveys themselves are not even worth your time. I did the math, and if you answer the surveys truthfully, you would earn about $1/hour. That is something, but not a “something” we’re hoping for. Project Payday led you to believe that you would earn pocket change from answering the questionnaires when in fact, you would be earning less than peanuts. It doesn’t help that the survey questionnaires rarely come and when they do, you can only hope that they select your profile out of a thousand willing members. And that is for a measly $1/hour. In my honest opinion, there are so many better alternatives out there. You just have to look. I have reviewed tons of better survey companies than this, but if you are not looking for another survey company, I may just have the right recommendation for you.

If you want to earn money online, you can try my #1 recommendation. This company has been getting a lot of buzz lately and you could be a part of the first wave of users because surely, this would have thousands more members once the knowledge of it comes out in the public. If you want to know more, definitely check it out. I’ve linked my review of the product above. Just click it if you want to learn more about it.