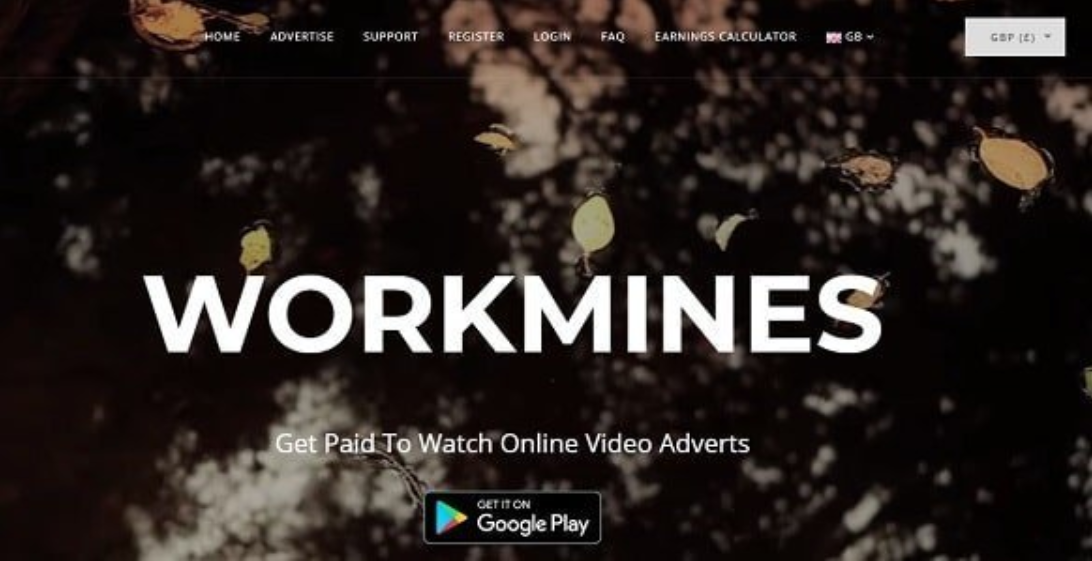 In recent years, there’s been an increase in the number of “Get Paid To —” websites. It ranges from “get paid to like, share or subscribe” to “get paid to comment” which to be honest, is an easy way to make money. Imagine that, you will make money just by signing up or commenting on some random video or article you see on the internet. But how real are these programs, really?

Today, we are going to look into another one of these “Get Paid To” programs that claim to pay their members for every video they watch. It’s basically a get paid to watch a random video. It sounds easy enough because you know, how hard could watching a video be? It’s definitely one of the easiest things to do, and if the claims of this program are true, you would even get paid for it. How swell is that? But just like all “too good to be true” claims, it certainly looks like there’s something more about this company.

There are a lot of things that scream “AVOID AT ALL COST” when looking at this program on the surface. First of all, how does this even work? One view doesn’t really cost much. I could get more than 5,000 views from Fiverr if I really want to, but of course, those views aren’t targeted but they are still numbers. This company seemingly offers the same system but the viewers actually get a share of the profit, like a commission. In my understanding of the price of views, a view doesn’t offer that much value. I would even go as far as saying that 1 view would cost less than a penny.

Now, that I have got that out of the way, we are going to do a deep dive into this program to understand how this works. Is it really possible to earn money through watching videos, or is this just some elaborate trick to get your information? We’ll find out soon enough.

Workmines is a relatively new company that’s been making a splash over the internet because of its seemingly good earning mechanism. What I mean by this is this company claims that you can earn money just by watching a video. They are able to pay their users because their company is supposedly working as a “traffic acquisition company.” Basically, this means that the view you provide is counted towards their agency’s success. You would then get a commission depending on how many videos you have watched for the day.

Now, that may seem like a good deal but that begs the question – how much does one view cost, really? You will find that the answer to that is actually very tricky. You see, the value of one view depends entirely on how the video has been delivered to the audience. If the video is something that was targeted demographically, and the viewer is the target audience, the value of that view would be higher than usual, because it would lead to a better conversion rate. However, if the viewer does not belong to the target demographic, one view would not offer much value at all. This is the first problem that we will encounter with this program. Viewing tons of videos per day is easy enough but actually earning from it is a different story.

I’ve repeated this many times over but it’s worth repeating again – you need to know who the owner of the company is. If the owner is just a fake account, it’s almost always is a sign that something is amiss about the company. About 95% of the time, it’s because that program does not work as advertised. The reason for this, as common sense suggest, is no owner would attach his name to a product that is literally a scam. They would just use a bogus account to make sure that they are shielded from the backlash resulting from the scam they just made.

This company is somewhat different. Compared to similar companies wherein you will find a bogus account, say for instance, a random name like Cris Patterson, this company is actually owned by a “much bigger” company named Time4Work. Now, you may think that this may mean that this company is legit but in actuality, it does not prove anything. If anything else, it actually proves quite the opposite. If you do some digging, you will find that the company is registered half the world away in Latvia. Now, many companies do register their companies elsewhere for tax reason but this one seems particularly dodgy because apart from that information, you will find no records for it. All we know now is it was registered in early 2017.

How Do You Make Money Using Workmines?

As I’ve said above, you get paid by watching videos on YouTube, Facebook, Twitter, Instagram, and much more. The more you watch, the more you earn. But here’s the kicker, the actual bulk of your potential earning will not be from the “watching” part. Instead, you are more incentivized if you recruit people to your network. You will then earn a commission every lead you bring in. You will also earn a commission from the people they recruit, so on and so forth. Does this seem familiar?

You should think of this company as an MLM business but their main product is videos. Instead of some random herbal products and the likes, they would give you videos that you need to watch in order to learn. And if you want to earn more, you need to find more people to watch the video for you. The more you recruit, the broader your network will become. In time, you will have your own team of video watchers passively earning for you. Sounds simple enough?

But this is where the problem lies. Just like any other MLM system, sooner or later, if you go a level too deep, the entire thing collapses. Most of the time, only the upper level earns enough money and the lower level people don’t actually earn, and in some instances, spend more towards the company, practically funneling in their cash to the upper-level members.

How Much Does Your View Cost?

I’ve discussed the value of an average view above but upon further digging, I’ve uncovered the actual going rate for one view (as claimed by Workmines). Now, Workmines claim that they will pay you $0.4 for every YouTube video views, YT subscription, Facebook like, Twitter follow, and many more. Additionally, you will get $0.1 per view from your referrals or downlines.

You will then need to earn at least $15 minimum before you can cash out using coins.ph. Here’s a video below on how you withdraw your money from it.

You can opt for a free 14-day trial to see how the program works. During this trial stage, you are not able to withdraw any money and your account would actually expire after the 14 days is over.

Student plan cost around $39 per year. You would then earn $0.39 per video and the same amount from the views of your referrals. Your maximum daily video limit is 4.

Expert plan is about $94 per year but you would receive $0.94 from the views of your referrals. You would also have a viewing limit of 22 videos per day.

If you want to try their biggest plan, the Gold Plan, you would have to shell out $845 per year. You would earn $0.39 per view but would earn $9.95 per view of your referrals. Your viewing limit is set to 100 videos per day.

As you can see from their plan, you would actually earn more if you focus on recruiting rather than watching the video yourself. If you recruit enough people, you could even forego the video watching altogether and wait around for the cash to come flowing in. But here’s the problem, recruiting is actually pretty hard. Especially on the internet where it’s laden with spam and scams, it’s hard to recruit people into your program unless the program is really really good. But if you are able to do it, then maybe this program is for you.

There have actually been proofs of this program paying out its members in a timely fashion. Also, the fact that it’s been in operation for 2 years suggests that it is indeed a legit company.

However, one worrying fact is that this company has been displaying many characteristics of a Ponzi scheme. It’s been operating for 2 years now but reports have shown that it is indeed nearing its saturation point – the point at which the scheme collapse. Lately, reports of late payments and lack of videos to watch have surfaced. This could mean anything from short cash flow or the system has found its saturation point.

So, my final rating would be that this company is LEGIT but practice caution because it’s already showing signs of collapse.

If you are interested in other programs that I’ve reviewed over the years, you can check out this link where I have put on my reviews of other products. But if you only want to know my best recommendation, click the link below instead.

1 thought on “Is Workmines A Scam? Can Watching Videos Really Make You Money?”