Is Notion Cash A Scam 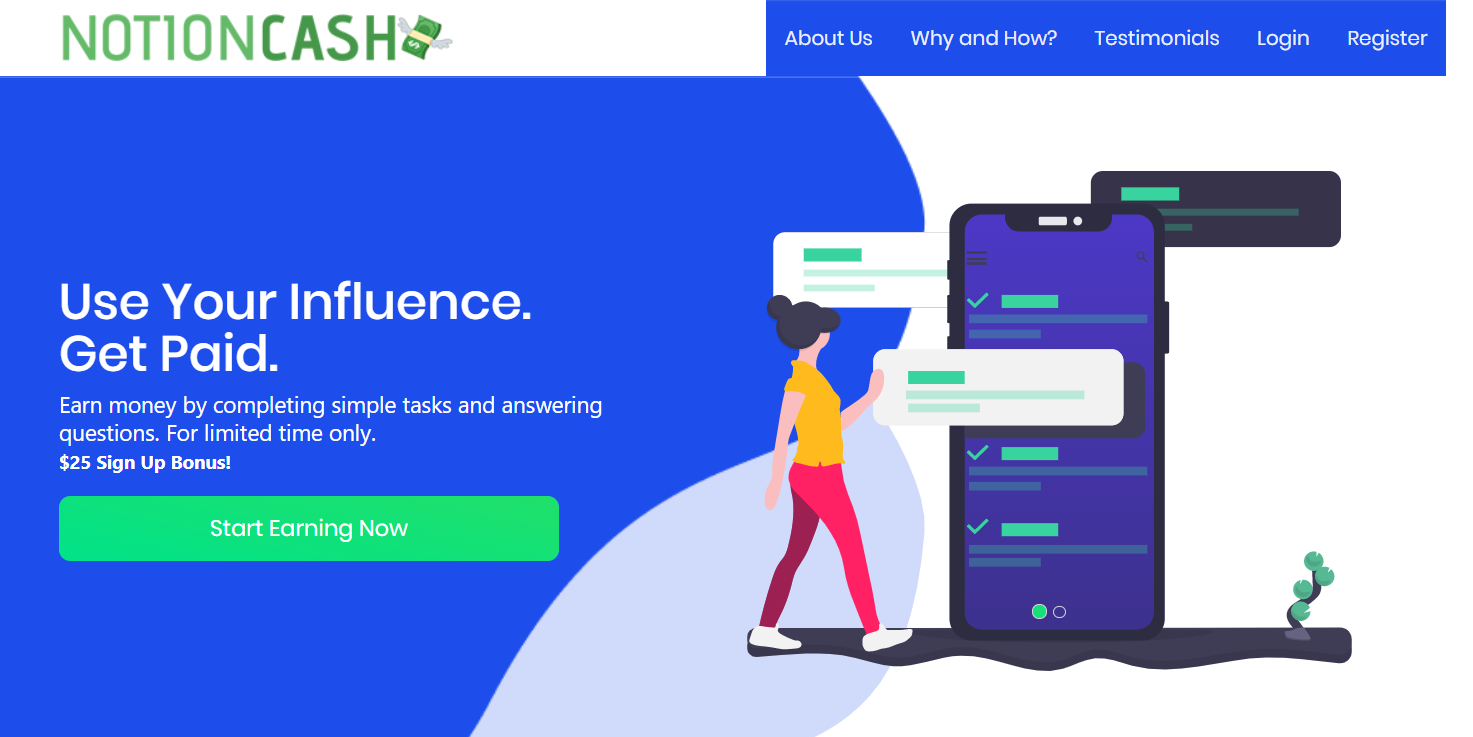 Because of the popularity of social media, it has now become a hub of choice by many marketers to advertise their products. It is one of the most cost-efficient advertisements you can run as a marketer and the resulting exposure could be huge as long as it is done correctly. One way of getting a product boom in today’s world is to make it go “viral.” Becoming viral is one of the main goals of marketers today because it basically shoots the popularity of something through the stratosphere almost overnight. Many products and sometimes, even professional careers have been launched via viral marketing. Once you hit that “viral” jackpot, you now have your 15 minutes of fame.

Now, with this viral marketing in mind, you now have literally millions of social media users trying to get viral. What was once an entirely by-chance occurrence is now being targeted by devious marketers as a way to sneakily launch their products. A lot of companies do it and the results speak from themselves. However, not all companies have good intentions behind them.

Let’s take a look at this new trend of making money online viral marketing that has come to plagued many social media platforms during the last few months. The hook is you basically just register on their app or website then you’ll earn money. You then will be given an affiliate link which you would use to recruit other people to register. They would then do the same thing, so on and so forth.

If you are familiar with pyramid schemes, you must see how this could become problematic down the line. You only have to go down several levels until you run out of users to recruit. But that’s not even the biggest problem, actually. The problem lies with the fact that these websites or apps are claiming to pay their users if they register. You may ask, “and that’s an issue how?” Well, if you are getting paid just for registering to something, it’s almost a given that you are their product, and your information is being sold on the market.

Notion Cash sees itself as a rewards platform that claims to pay people/users money by completing simple tasks and answering questions. Think of it as a survey platform except that you won’t undergo even a minor vetting process.

Check out my other reviews here that have almost the same premise but this one actually pays. Read on further by clicking the review link.

How Exactly Do You Earn Using Notion Cash?

From their site, they say that you will earn money by completing simple tasks and answering questions that are tailor-made for your demographic. You will also learn by just registering on their website, at $25 when you sign up. Apart from that, you will earn $10 – $15 per each person you recruit. 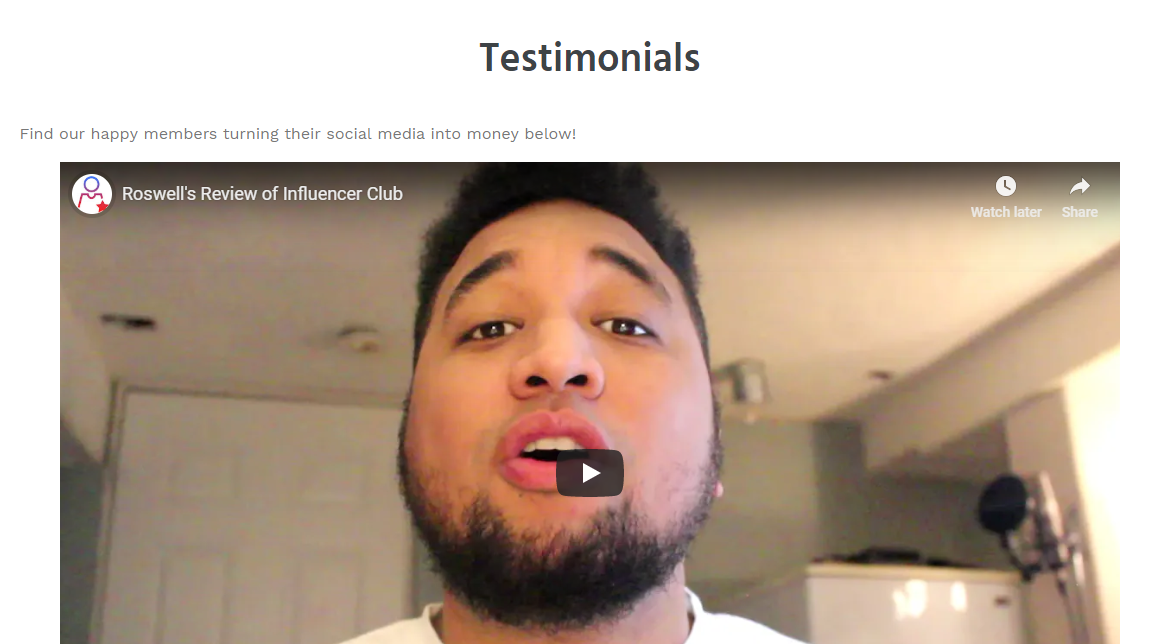 I’m not going to lie, that seems like good money especially if what you will do is basically just sign up. Yet, something’s fishy seems to be going on about this deal. You may have already been suspecting that something is wrong because let’s be honest, no sign up is worth $25. It’s either your account information is that valuable (doubt it) or they don’t plan on paying at all. I am leaning towards the latter.

It claims to pay its users $25 when they sign up. This isn’t true and there are actually no reports of this ever happening. The testimonials on their site and on Google look fake and fabricated. It’s possible that they’ve hired a PR firm to write positive reviews for their product just ahead of their launch. This is to make sure that anyone who does their diligent research gets directed to reviews that are favorable to the company.

Notion Cash is not the first of this kind of scam. It’s probably the hundredth iteration of the same scam. Only this time, viral marketers are placing their ads on the most popular social media platforms. The potential for it becoming viral has increased exponentially just because of this fact.

When you become a member, you are pushed to recruit more members. The signing up is easy enough, just like in any other membership program that you have used before. The only real difference here is you need to provide a verified number along with your email address in order to get verified. Once you have filled out those, you are now a certified member.

But after just a couple of hours after you register, you will be pelted with robocalls and spam emails like never before. It’s as if your credentials have been sold off somewhere – and the seller is definitely the last website you gave your number to – Notion Cash. This is what they do and what they have been doing for years now.

So, to answer the question, is Notion Cash a scam? The short answer is yes. Notion Cash is indeed a scam.

For the long answer, we have just a longer statement saying that it is indeed a scam 100%. It looks like it is a data harvesting scam that aims to sell the information of its users to anyone interested. This kind of scam is not new and is probably been around since personal information registration became standard. You must already know the issues that have been plaguing Facebook ever since it went public. They are selling the information of their users to bigger companies to better target their ads for individual users.

This is basically what Notion Cash is aiming for but they are luring you in by showing money on their front door. As soon as you enter your information, they already got what they’re after and they don’t need you anymore. They don’t even have to delete their website. They just need to present some snippet on the terms of agreement you nonchalantly signed on your way to registering.

Of course, you would think that this won’t become a problem for you down the line, because, it’s just information, right? Wrong. They can actually do a lot with even just your simple profile. In any case, you should be wary of giving away your personal information and if possible, avoid it altogether.

This is not the first website that tried to do this. There have already been several websites like these that are popping up on twitter channels and Facebook pages all over the world. As soon as they’re found out, they just change their name but they already got your information with them, which means the job done for it. Just avoid websites promising money for just signing up. It has bad news written all over it.

If you are looking for legit online money making gigs, you need to look into affiliate marketing. It’s one of the most profitable online businesses out there and is probably one of the main reasons why Amazon got so popular. They are running the biggest affiliate marketing network there is. But if you are looking for something newer and more innovative, look into my #1 recommendation.