Is Mobrog A Scam? 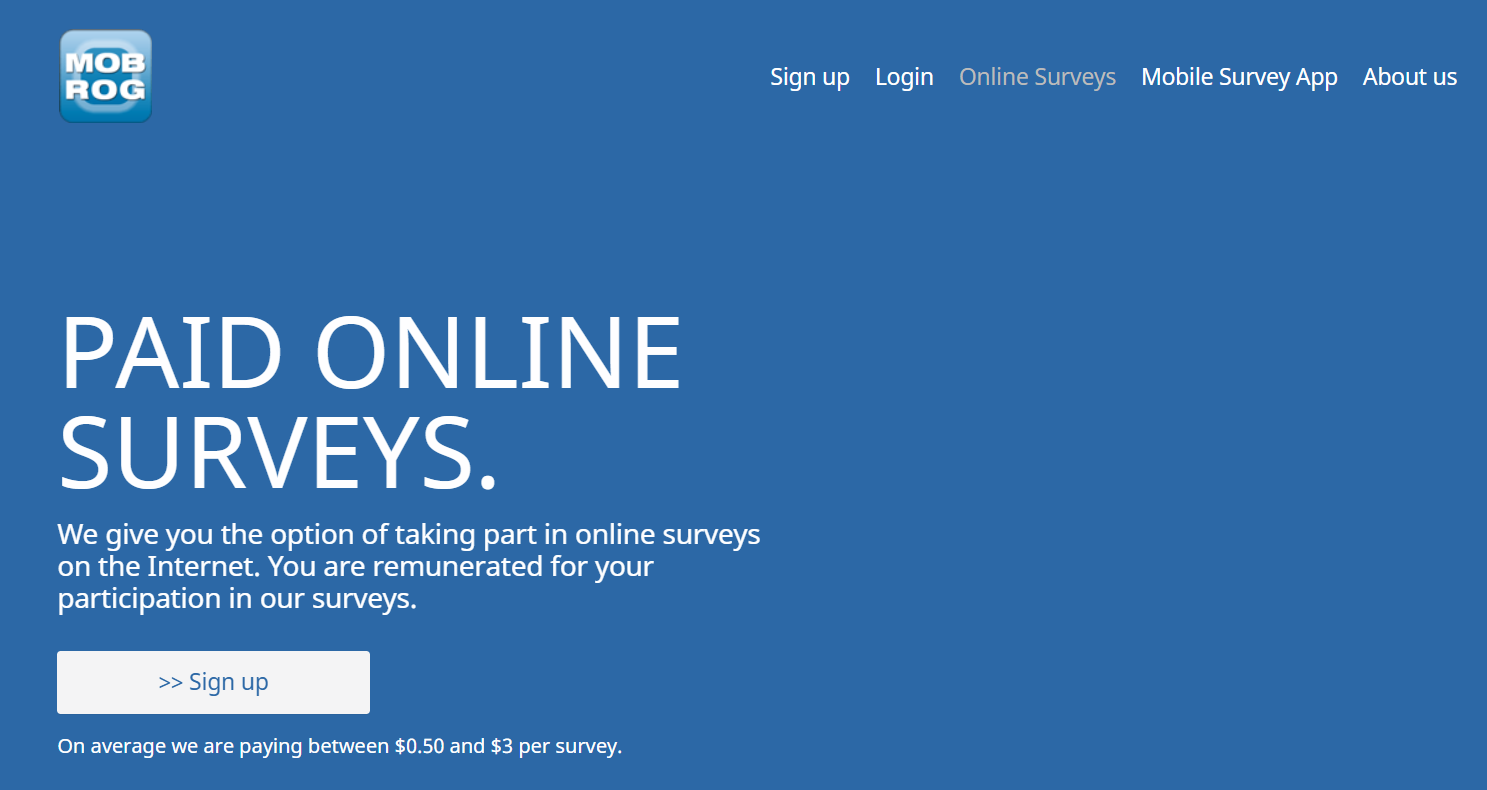 It’s 2019, can you still earn a good living answering surveys and such? I still remember back in the early 2000s where answering surveys were all the rage because the pay is good compared to the effort you put in. However, that time has long since passed because of the overall supply-demand thing. There came so many survey providers with very little number of surveys to go around, resulting in payouts becoming smaller and smaller. It’s been almost 2 decades since its heyday – Is doing survey still worth your time? Today, we’re going to answer that by looking into a program that’s been getting a lot of buzz lately – Mobrog. What exactly is Mobrog? Is it the survey program game-changer we’ve all been waiting for?

When you first see the name Mobrog, you may be thinking, “what a weird name.” It looks like it was taken directly from a Middle-Earth novel. Obviously, it isn’t, but is there some sort of relation there? Maybe it’s a reference to something clever, like a hidden message or something. Turns out, it’s not. It’s just a random name given by the owner of the company, Splendid Research.

Mobrog is a survey website that has an available app that tasks you of filling out surveys with mostly your opinions and thoughts. They claim that their surveys are very unique and a far cry from the usual “yes or no” type of surveys. In here, your opinion is actually the answer, which is a bit refreshing. But it does require more work since you really have to think before giving out an answer. Each finished survey would earn you from 50c to $3, which actually isn’t a lot, but we will get to that later.

They have a threshold of $4 before you make a withdrawal to your PayPal account. The threshold is actually very low compared to other companies which can go as high as $50, ultimately locking you into their service for the foreseeable future. The $4 threshold is a refreshing take and would ensure that you can withdraw your money almost anytime you want.

What’s The Main Purpose of Mobrog?

The main goal of Mobrog, along with other survey companies, is to identify your spending habits to be able to streamline their process to get you to spend more. They won’t ever tell you this but that is exactly what they are after. They want you to spend more, which is why the information you are giving them is valuable. It actually helps them increase their profits by incorporating this research and using the information to customize their products to their target demographics.

Even an innocent question can tell a lot about you. Some questions coming from Mobrog can range from what car do you drive to what’s the name of your pet. Most of the questions are just your basic profiling inquiry which are easily answered, not needing much brain power at all. However inconspicuous their questions are, you can bet your wallet’s worth that they are doing something with the information. They use your answers to build a profile of the demographic you belong to. It’s an effective tool, too, since it can show them the preferences of certain demographics.

How Does Mobrog Work?

The inner workings of the website is easy enough to understand if you get right down to it. They will send you a survey based on the information you put into your profile. Some of the details include hobbies, work, education, and many more. Their algorithm will find the surveys that is best suited to your situation to make sure that they get an accurate representation of your demographic.

If you don’t belong to any demographics that survey companies are interested in, it’s possible that they would kick you out of the program. However, that is very rare and almost never happens. But when it does, don’t take it personally as it is hard sometimes to put someone on a demographic. It’s basically just supply and demand.

How Much Can You Earn?

The amount you earn depends on how many surveys you finish. For each finished survey, you will get around 50 cents to 3 dollars. Of course, the amount paid depends on the complexity of the survey. The more in-depth the survey is, the better the pay is. Short surveys mostly pay on the lower end of the scale, obviously.

The amount you earn also depends on your luck because some demographics have better luck finding surveys that fit them. I would go as far as saying that luck plays a huge role in determining your earning potential when using Mobrog.

Members not getting paid

It won’t take long for you to see complaints on Mobrog online. You will notice that most of the complaints are derived from people not getting paid even if they have finished answering the surveys. Several users also reported getting ignored by the customer support, and not even getting a chance to prove their claims.

You need to quality for a survey

Your chances of getting approve for a survey are slim and dependent entirely on your profile. You can say that it’s based on luck, mostly.

In most cases, the rates are hidden

In most surveys, the actual rate is hidden and you would only know how much is the rate when you checkout your payments. This is alarming since there is a chance that you will finish a big survey only to later learn that the pay isn’t worth the effort you put into it.

The survey opportunities are rare

This is not an exclusive problem of this program because the majority of survey providers have this problem. There are too many survey provider companies but too few surveys to go around. This creates an imbalance that effectively makes the surveys valuable but unable to pay a fair amount. On Mobrog, it’s usual to wait for at least a week before you can start a new survey. This simply isn’t worth it because the highest you can earn for one survey is just $4, and you have to wait a week for it. In my opinion, this simply isn’t worth your time unless you don’t do anything all day.

I’m going to be straightforward with you and tell you now that this product simply isn’t worth your time. There are simply too many issues for far too little pay.

In my honest opinion, online surveys, in general, do not offer that much value. Maybe before when they aren’t as popular, they are able to provide a fair compensation but the time has long since passed. Too many survey company providers now but too little surveys available. This gives an imbalance to the industry as the supply overtook the demand by quite a large margin. In turn, survey companies are able to pay so little yet ask for so much work.

If you are looking to earn money online, doing online surveys aren’t going to do anything for you. If you are able to earn, and that’s a big if, it’s not going to be life-changing, more like pocket changes, really. If you truly want to earn something respectable at least, you need to look into alternatives and use those instead. I have reviewed hundreds of products through the years and if there’s one kind of program that I could recommend using over the internet, it would be affiliate marketing. It’s a no-brainer, really, since you are able to earn good money using affiliate marketing. Unlike surveys and “get paid to do” websites, affiliate marketing allows you to earn based on the efforts you put in. You’re not at the mercy of the program at all.

If you are interested in getting your feet wet in the affiliate marketing business, I suggest you check out my #1 recommended program. It’s been getting tons of buzz this year, and will surely grow bigger next year. Join now and become a pioneer. See you at the review!