The internet is now saturated with online money making schemes that finding one that works as claimed could take you forever. There are literally millions of companies that only have one aim and that is to take your money. This makes searching for a reputable program extra hard. What’s even worse is all of the bogus companies make these grand claims without a shred of proof. All they have basically are words and promises and yet, people continue to fall for them.

Today, we’re going to review another company that poses such claims. We’re going to review its profile to see if it is worth your money or if it is just another run-of-the-mill scam company that is out to get your money. We’re going to look into the intricacies of this company and check their claims one-by-one. By the end of the review, I am going to present to you an assessment that will identify this company as either scam or legitimate. I’ve already put many companies to the test and since I have a strict requirement, not a lot of them pass through my criteria. We’ll see about this one though.

Fast Cash Club is a binary option program that claims to help its users get a quick profit. They claim that they could help anyone, even those who are complete newbies to trading, a chance to earn great money just by using their system. I’m going to go and say it now that a complete newbie would get eviscerated in the world of trading because in this industry, knowledge is power, and you can never learn so much knowledge in just a day. But we’ll see.

This program claims to get complete newbies to trade like pros within a few weeks, and earn a respectable amount of money while doing so. Even the best traders will have their growing pains. The best minds of the trading industry take more than a year before they can confidently say that they know the ins and outs of the industry. To become a respectable trader, you’d have to have at least more than a decade’s worth of experience. It is far too hard to learn all of the trading knowledge in one day. The reason I’m saying this is because Fast Cash Club claims to do just that. In my very honest opinion, that simply isn’t within the realm of possibilities.

How Does Fast Cash Club Work?

There is a video on the landing page of this company. You would expect some sort of an overview of how this product works because of that video. However, against all common sense, there actually isn’t. The information given on the video is very vague and could be applied to almost any program on the market. The owner just says that you need to buy this product and you will soon earn tons of money. That’s it. There are no intricated details shown or even a simple explanation of how the system works. It is basically just them promising you free money.

To be fair to the owner, he actually said an unknown technology to the name of Binary Cash Cloud, which he claimed helped him earn his money.  As a trader myself, I’ve never heard of such a program, and considering how supposedly powerful it is, shouldn’t it be more popular by now? The fact is, all of these are fabricated stories used to make you buy their product. Once they get your money, they’ll most likely end up hiding away somewhere. There’s even a high chance that they rebrand and reintroduce this product using a different name, which is usually the case for these kinds of programs.

One of the first things I ever do when researching a potential scam company is to make sure the owner is a real person. If the owner is a real person, chances are, the company is not likely a scam because who in their right mind would use their real identity if the product their peddling is bogus? Now, as I was doing the research for this company, I found out that the owner of this company is not real. Aaron, the name suggested by the introduction video, is not a real person. There are no social media accounts related to that name which is very suspect in this day and age.

Aaron boasts that he is a mastermind of trading but actually has no proof to show for. Someone who claims to have a good reputation certainly isn’t someone who has a good reputation. If he is telling the truth, he should already be a popular international superstar because, as he said on the website, his program is proven to work 100%. If that is the case, why even share it to the world? Why not just keep it to himself and solo the profits? This is just one of the many things that are wrong with this product.

Manufactured short supply. Another key thing to look out for these scam products is the way they present their products. If they make it seem like their products are selling like hotcakes and could only give out a few more access, chances are, they are bogus. This is a known technique is sales called “manufactured scarcity.” The way they do it is they corner you into a deal that they say won’t ever be available some other time. This would then switch your thinking to FOMO or “fear of missing out.” This is a very questionable sales tactic but it’s quite effective especially with gullible people, which the internet has an unlimited supply of.

One other thing to look out for is the reviews and testimonials. All companies are guilty of creating good feedback for their company one way or another. However, scam companies go overboard with it and pepper the internet with too-good-to-be-true stories that aim to lure in gullible people. If you look closely enough in some of the testimonials and reviews, you will notice that they have the same tone and writing style, as if they were written by the same person. If you inquire further, you can reverse search the pictures on the reviews and would almost always be redirected to some random stock photo somewhere. 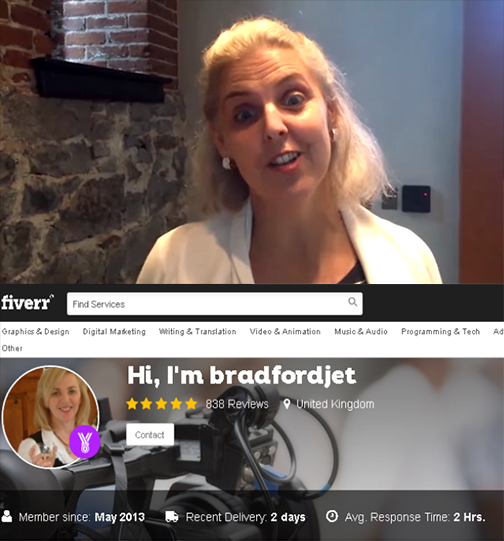 Fast Cash Club is yet another scam. This company is actually the second iteration of the same scam but using a different name this time. This is usually what happens when a scam company gets exposed. They just create a new website using the same program or system and get a new name then run the scam all over again.

In my digging, I’ve found out that Fast Cash Club is just another version of Profit Magnet, a product that makes the same promises without ever producing a proof for their completion. They are both binary trading app that claims to help their users automate trading which would result in a 100% win. Even if you have a basic understanding of how trading works, you should know that this isn’t possible. No system can guarantee a 100% win rate, especially in the trading industry where you have to factor in a million things.

If you widen your research, you would find that most review sites would flag this company as SCAM, and rightfully so. It is a scam without a shadow of a doubt. I’ve included undeniable proofs of it being scam above. It’s up to you to follow my advice and completely ditch this program for something else. What you need is to find a program that does not make bold claims. Find a program that puts out reasonable claims because you know those are at least closer to the truth. You can check out my #1 recommended program to see what I mean.