Is Cash Formula A Scam 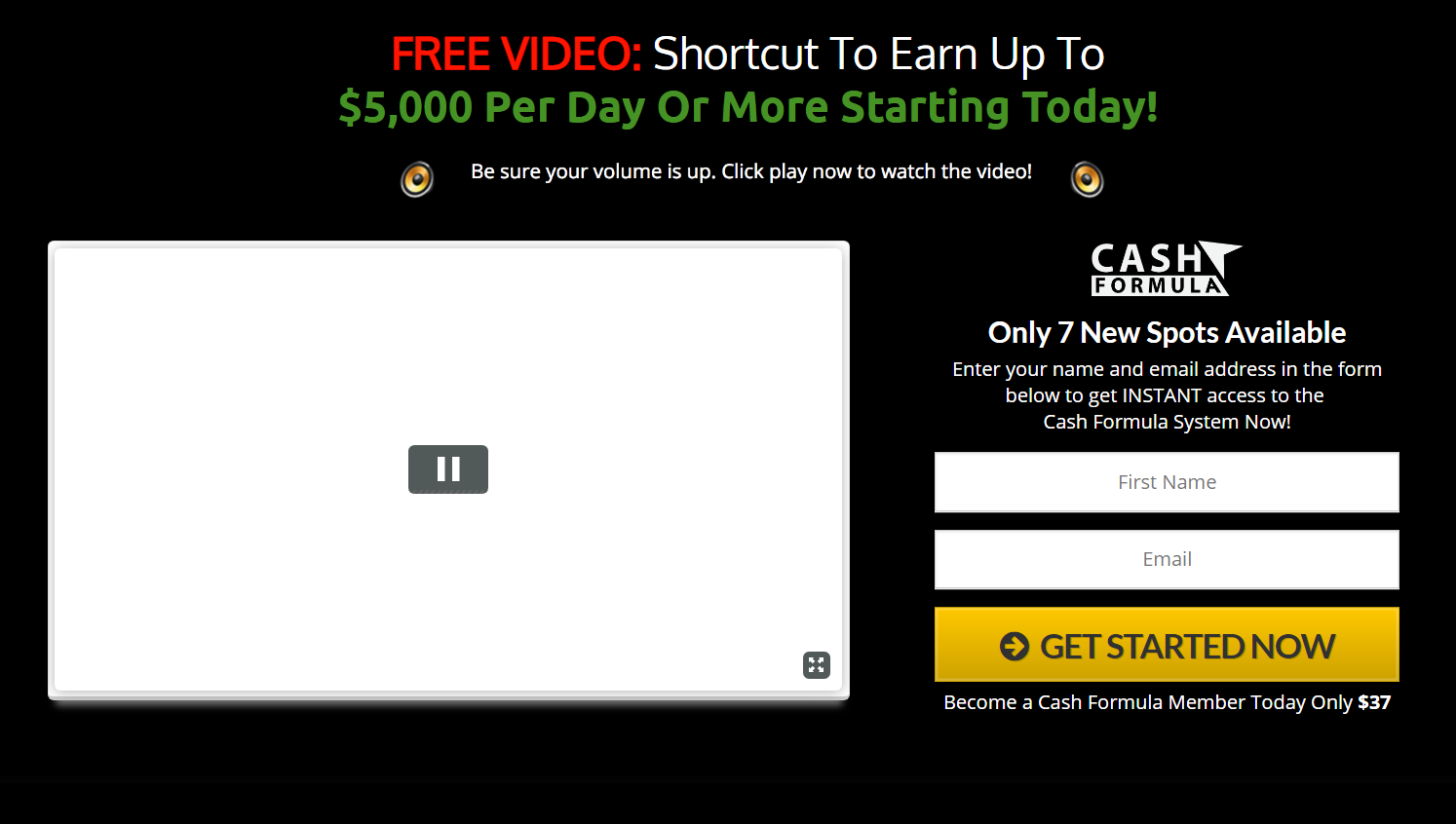 As I explore the money market side of the internet, I have noticed a recent trend that is slowly changing the landscape of the online money making industry. Many companies have already begun leveraging this “new” trend. With how the market moves, soon enough, this recent trend will become the norm. What I am talking about is “app integration” or just app. Many financial industries have begun creating their own app to allow people instant access to their money and whatever finance company they’re using. What this means is you don’t even have to log in to a computer to do a transaction. You can do that now just by using your phone. A simple tap or click and you’re all set. This is the future and that future is now.

I have come across a new program that claims to help people earn up to $5,000 per day and up to $100,000 in the next 30 days. If I’m being honest here, that claim is not even the most ridiculous claim I’ve seen this year. It’s true that the claim is outrageous but it’s actually within a standard deviation of doubtful claims, all things considered, so I’m not really that surprised.

If you are familiar with how many affiliate marketing programs work, you should already know that getting that much money is almost impossible. Sure, there are some guys that could touch that level of sale but there may only be a handful of those. You can make a respectable amount of money using affiliate programs but not at that level. In all honesty, you need to at least run several affiliate programs simultaneously if you want to have a comparable income to a full-time job. But you need to keep in mind that it is indeed very hard work which you have to invest a lot of time on. However, once you have a good setup for your affiliate programs, you will now have a passive income which would allow you to do other productive things. But then again, the workload is front-loaded which means that you need to invest a lot of time at the start before you even begin to see the result of your work.

What Exactly Is Cash Formula?

Cash Formula is a program that claims to help people earn $5,000 in the next 24 hours and about $100,000 in the next month. The claims are ridiculous, I’m telling you now. As I’ve said above, there’s absolutely no way a program can help you make that much money using automation. You need to actually put in work.

The creator of the program goes by the name of Michael Grant. Now, I used the term “goes by the name” because you can never be really sure if that’s even a real person or not. Most of the time, especially when dealing with these kinds of programs, the owner is just a bogus profile to make it all seem legitimate. 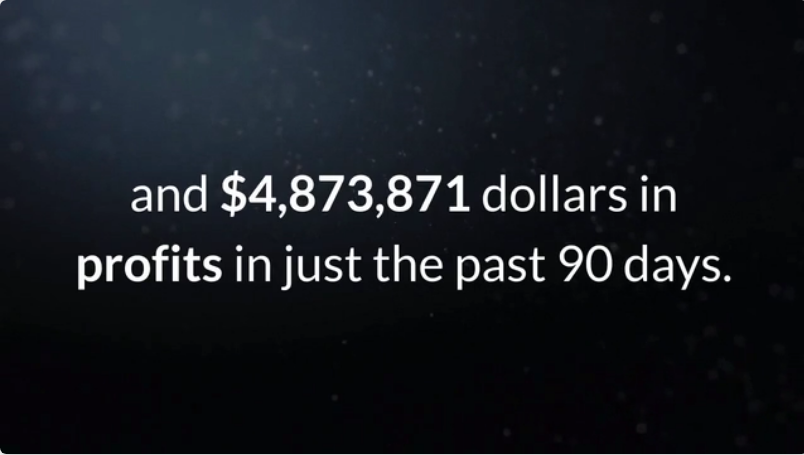 On the landing page, you will apparently see the owner talking about his program, guaranteeing your success. And of course, you will gain access to the “success” he’s referring to once you get his program, which you have to pay for.

In my year working as an affiliate, there really is no guarantee for any program to work. Your success ultimately lies with your ability to market a product to the target demographic. The claim of “product so good, it practically sells itself” is not applicable to affiliate programs. You really need to promote it to the best of your abilities before you can find any sort of success with it. Although there are many programs that are proven to work (just like my #1 recommendation), they are very few and far in between.

Is Cash Formula An App?

Yes. Cash Formula is an app that claims to help its users amass wealth very easily, without actually having to put in work. It is categorized as an auto-trader app that supposedly runs on auto-pilot, earning money for the users as it does so. The truth is, it doesn’t actually do that. I really can’t think of software that does that. There are some programs that can make the trades for you, but there never is a program that guarantees win 100%. The fact that this program claims that should already be a red flag. No kind of technology allows that kind of money making guarantee.

How Does Cash Formula Claims It Works?

The details are actually very muddy on how this program is supposed to work.  All that we have right now is what the owner tells us, and if I were being honest about it, it is not very reliable. All the owner tells us is his program is guaranteed to make you money by having them do trades for you on auto-pilot. Supposedly, the trades are automated and will turn a profit of 100% – at least according to the owner.

We now know that it is indeed a false claim. Trading is a great equalizer because no one can predict the market 100% right. All we could do is listen to the forecast and make informed decisions based on the movements of several entities on the global market. The only surefire way to make a profit is to make insider trades but doing so is illegal and is punishable to the full extent of the law depending on which country you committed it on.

So to answer the question above, no one actually knows how this app work. The owner claims to understand it but he fails to explain the mechanics of his scheme. The details are vague which is intentional, I would think.

I could go on and on about the red flags of this product but for now, we’ll just stick to the most obvious ones.

As you can tell by the red flags of this product, I will never recommend this program to anyone. It’s likely a bogus program that will disappear from the face of the internet once it makes enough cash. It still comes as a surprise to me how many people fall for these kinds of scam. There really should be a 10-minute introduction to the internet where they would tell users how to spot scams and other predatory internet tactics that only has one aim – to get your money. 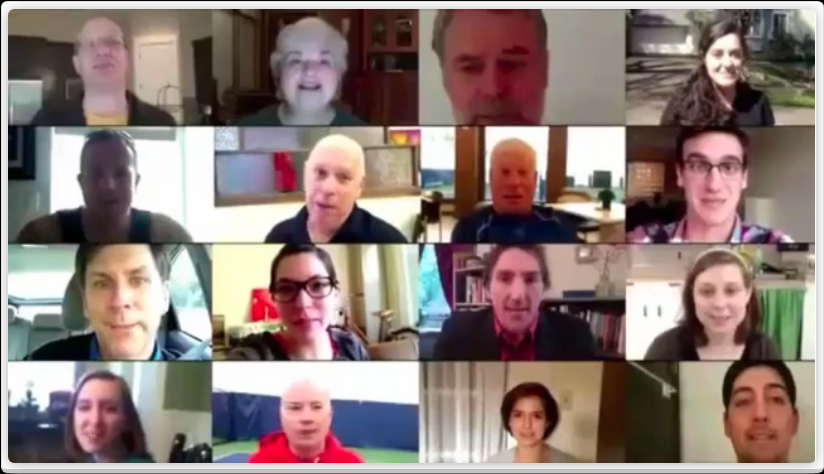 This product is most likely a scam. There are strong pieces of evidence that point to it being another run-of-the-mill scam. I guarantee you that this company will disappear as soon as it gets enough money from its users. Often times, they will just rebrand and repurpose their scam to continue to mislead people out of their money. This is very much the case in many of these scams.

Thankfully, there are many easy ways to spot scams and this article should have shown you at least 5 signs of a scam company. Once you know how to look for them, you can easily check the legitimacy of any program you wish to buy. A good reminder to never be a victim of these scams is to always do your diligent research. In time, you will learn of the tell-tale signs that would help you point out which programs are scam without you needing to search on the web for answers. Who knows, you become good enough at spotting these scams, you’d end up writing up a guide just like this one.

I know that it gets tiring searching for the right program for your business. It’s especially more tiring if you’ve been scammed a few several times because you will get a warped version of reality wherein you will consider everything as scam. But that’s not true at all. There are still many programs that are 100% legit but they just don’t use flashy claims like “earn $5000 today!” which is why they don’t get too popular. There is a sense of irony in there because by basically telling you the truth, legitimate companies fail to hold your attention and in return, fail to make a sale.

I am here to help nudge you in the right direction. I will recommend a program to you that is proven to work just as long as you do your work. This program does not claim it will make you thousands of dollars in one day. Instead, what it claims to give you is a solid guideline of how to make your money online, in the most responsible and truthful way possible. The program is on the link below.