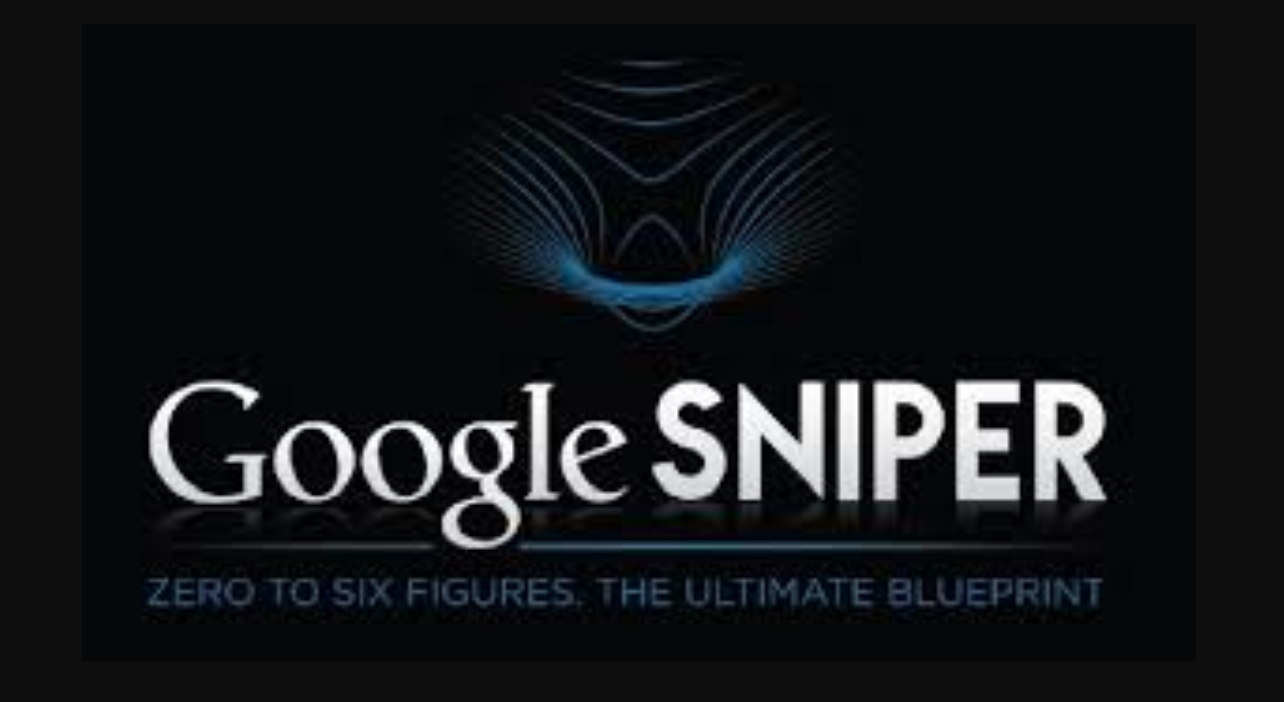 What Exactly Is Google Sniper?

Google Sniper is a program that’s been around for so many years now. It’s a series of online lessons that teaches its members how to make money online using simple yet effective strategies. I first learned of this program 5 years ago during its heyday. Only now have I decided to finally review this product because I saw it on my social media feed and it got me wondering if this program is still worth a look.

I remember it being a popular program then because of how it supposedly solved how Google ranks its websites. I did not believe it then and I don’t believe it now, but I digress.

What Google Sniper does, at least according to them, is to make sniper websites to use as secondary websites and funnel them towards your main website. Basically, these sniper websites would act as your anchors to make it seem like your website is connected to many reputable websites. To be honest, it seems genius at first. No wonder it became a popular thing in the mid-2010s. However, as all of these marketing gimmicks do, this program seemingly just fell off the cliff during the last few Google updates. This is mainly because of Google’s crackdown on websites using “sniper” techniques.

Who’s The Man Behind Google Sniper?

The man behind Google Sniper is George Brown. I know what you’re thinking – what a plain name, and you’re not wrong. At first glance, you are likely to think that this man isn’t real at all because of the name. I’m here to tell you that George Brown is a real person, contrary to what his name might suggest.

According to him, he is a self-made millionaire who made use of his talents to get to where he is today. But that’s according to him. There isn’t really that much information about George Brown on the internet apart from the usual “he helped over x number of people through his innovations.” Most of the information you will find on him comes directly from him which makes it somehow unreliable information.

He also owns other marketing programs like Predator System and Traffic Ultimatum. There’s no doubt that George is currently making a killing based on his blog.

What Exactly Are Sniper Sites?

I’ve been rambling about “sniper” sites since the start of this article. For sure, now you are wondering what those are.

Google Sniper sites are basically just placeholder websites that don’t really contain much content. They usually only have around 5-10 pages. Another characteristic of a sniper site is they are keyword-oriented. This means that they target low competition and longtail keywords which gives it more focused in terms of ranking. The main goal of having a sniper site is to pass “reputation” towards your main website.

For instance, if your main website is all about selling bags, your main keyword could be “leather bags in Texas.” This particular keyword is competitive simply because of the nature of the keywords. Sniper sites won’t necessarily target keywords that are ‘similar.’ Instead, they would target something ‘related’ like “leather bags in Dallas, Texas.” Notice that the keyword is closely related to the main keyword you’re shooting for but it’s more focused. Hence, it will be easier to rank – and that’s exactly the point of sniper websites. They will then link to the main website passing some link juice and authority points.

The answer to that is somehow tricky. It works but it also doesn’t. I know that that could be confusing but hear me out.

The idea behind Google Sniper is solid enough. You pass authority points from secondary sites to your main sites. That should work, yes? Actually, no. It doesn’t always work out like that. Trying to outsmart Google isn’t an exact science. There are times it works and times where it doesn’t.

And because of the recent updates of Google, it seems like Google Sniper has lost the majority of its power. They now have released a “new and improved” version of this program. However, it suffers from the same issues though.

Google Sniper After The Updates

The recent Google updates almost wiped out the effectiveness of the “sniper sites” thing. This is because the Penguin and Panda updates changed how the whole Google ranks websites. Instead of them just looking for secondary websites and treating those as proofs that the main website is reputable, they started looking at the whole picture. Google, in the last few years, started to put more stock in the quality of the content inside the website – as it should!

Understandably, after this update, Google Sniper lost some of its steam because the website that’s been using the “sniping” strategy started to fall one by one. Now, after several years of seemingly no big update from Google Sniper, they are now telling their customers that they now have a HUGE update that will counter the last several Google algorithms updates. How true that is, is up for debate. This review is going to check that particular claim to help you decide whether this program is worth your time or not.

How Much Does Google Sniper Cost?

Another frustrating trait of this program is you are not given an exact amount of how much you need to pay. There are plenty of options given to the users and each one of them has hidden fees that are designed to get you to spend more money than intended.

For now, we’re going stick to their most basic package which costs $47. You can opt for their 5-day trial period which costs only $1. However, if you find that you like their program and wanted to upgrade into a full program, you’d have to pay $67, $20 more than if you just buy their program straight up. It’s a bit weird, I know.

The Conclusion – Is Getting Google Sniper Worth It?

In my opinion, Google Sniper is not worth your money today. Perhaps if I reviewed it during its heyday, my answer would be different. But as it stands today, there are just too many issues about this product that I can’t ignore, the biggest of which is its diminished success rate. You can blame that on Google for rolling out their updates but as a company, Google Sniper should have released an update to counteract the last Google update but they didn’t.

In short, the methods you will read in Google Sniper would have worked, maybe 5-10 years ago, but that isn’t the case today. You will never get anywhere if your website is built on one-trick, which is what Google Sniper is leading you to believe. You need to have good content, proper link building techniques, page authority, and many other similar things instead of just focusing on one thing.

But I want to end this article on a somewhat high note so now I am going to introduce you to an alternative. I just thought of a program that solved all the issues of Google Sniper and I came up with a recommendation. This program does not function the same way as Google Sniper does but it belongs in the same category of marketing which should intrigued you enough. If you want to learn more about this program, you should click the link down below.