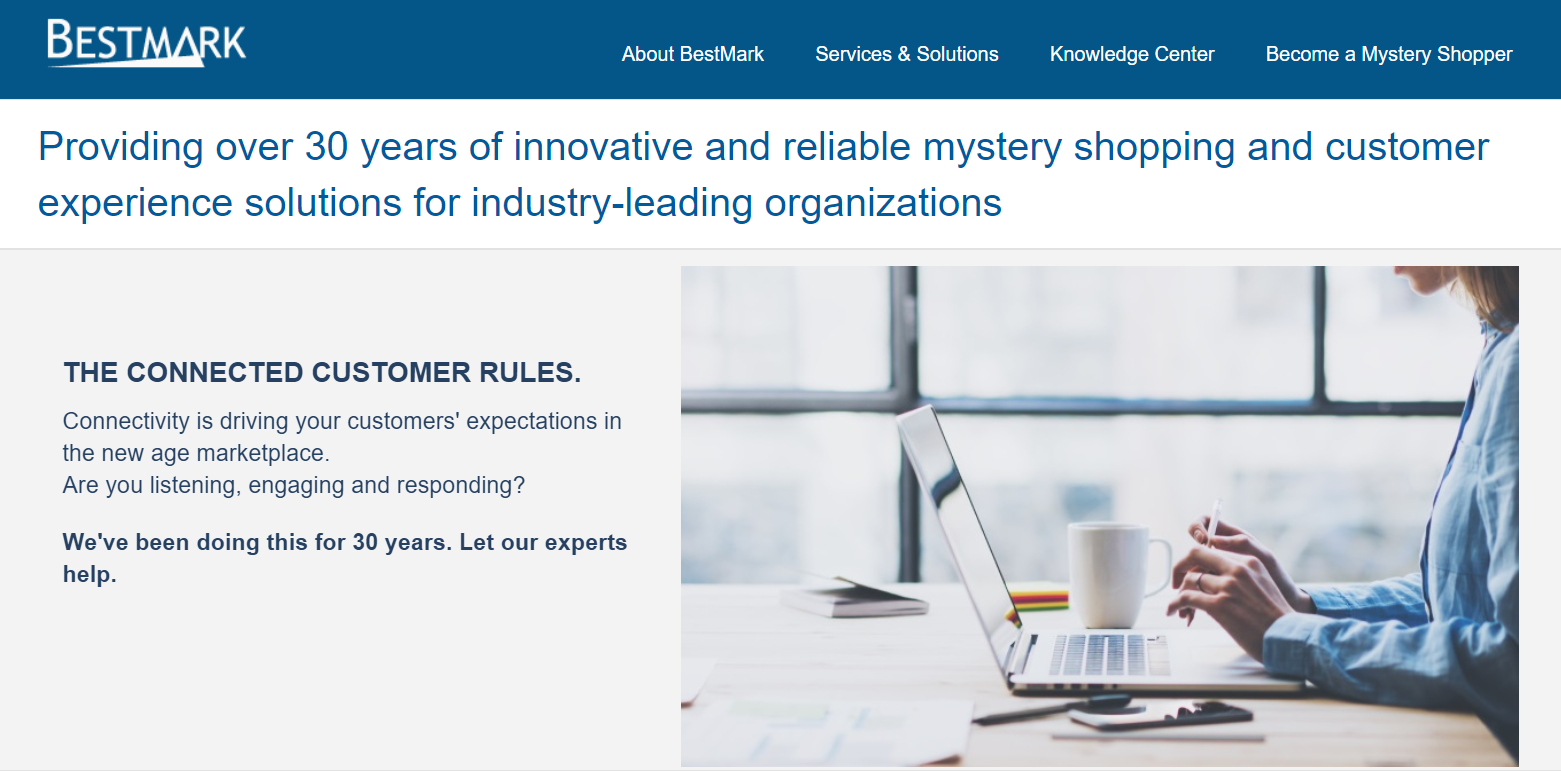 It’s pretty normal for a company to ask for feedback and opinions regarding their services, and they do so most of the time, using the internet. The main reason they do this is to improve their workflow and process in case they want to expand or grow their services. A company that doesn’t improve or at least retain the quality of its service can’t expect expansion or a consistent amount of growth. And since these opinions and feedback are usually filled out anonymously, there is no reason for the user to hold back on their real feelings about the company. That being said, it is pretty apparent how important these reviews are to one company and as such, there are companies that literally do all of that for several companies – one of which is called Bestmark Mystery Shopper.

As you can tell by the name, Bestmark is kind of like an anonymous shopper thing where someone poses as a random customer and do an assessment for the company they are reviewing. The reason for this anonymity is to ensure the credibility of the result and without bias. Now, the question is how to get in with the program? Is it possible to become the reviewer and earn money from it? We’re going to answer all of that but before we do that, we’re going to do a summary of the company to show all the necessary details for a thorough review.

What Exactly Is Bestmark Mystery Shopping?

As I’ve said in the quick summary above, Bestmark is a company well-known for providing reviews and feedback to their customers (companies) through various use of data research and market analysis. If you want to get a real feel on how your business or company operates, hiring this company is one of the best options you can do. They are able to provide you with a detailed remark of the way you conduct your business, and they do so with great precision, at least according to them.

How Can You Become A Bestmark Mystery Shopper?

We need to discuss the requirements for the job. You will need to fill out an application form which includes several questions that would judge you on your attention to detail, ability to commit, meet deadlines, and many more. But as far as their bare qualifications, this is all you need:

Once you have submitted your application form, they will assess it, and should you pass, send you an email detailing the next steps. The next steps are pretty straightforward but once approved, you will be shown all the available tasks within your area. You can pick an assignment but you have to read all the terms and conditions that come with that specific assignment. Take note that everything is done online. That means every report, surveys, and interviews are to be submitted through online means.

How Much Can A Mystery Shopper Make?

If you are hoping that you would earn a respectable amount of money being a mystery shopper, I am here to squash that idea. Becoming a mystery shopper, while hard, does not actually pay that much. However, as a consolation, this job isn’t actually that hard if I were being honest. You just have to go to some places and write your opinions about them. But then again, it isn’t a consistent gig and does not pay that well most of the time.

Based on several reports, getting a gig is actually the hardest part of becoming a mystery shopper. You have to take note that mystery shopping is based on available gigs which is also entirely dependent on your area. The shoppers that are nearer a designated assignment will be given priority.

As for the amount that you can earn for becoming a mystery shopper, the figure would be around $200 – $800 per year, which again, is not a great number. But you have to remember that you’re only going to do it a handful of times. It’s still extra money but then again, it’s still not much.

If you prefer a better opportunity for you to earn money online, you should check out my #1 recommended program. It’s an affiliate marketing program that would allow you to make considerably more money than this being a mystery shopper. Click on the link below to know more about this opportunity.

If you do a quick research about Bestmark, you are likely to be led to their company profile on BBB which says that it has an A+ rating. It’s a good marker that this is indeed a legit company. Actually, searching on BBB is a good starting point for your research into a company as it gives an overview of the company’s reputation and legitimacy.

It’s actually an easy work because all you have to do is give your honest opinion about the company you’re reviewing. Remember, they are looking for a review from an average consumer, and that is you.

Compared to other market research companies, Bestmark has better pay, and while the pay isn’t something much, it is still a good amount of pocket money. In addition, if you are good at the job and showed great potential, they may give you an opportunity to work full-time. Based on my research, the full-time salary is well above the minimum wage.

You have to use your own money when doing your assignment

This is probably the thing I didn’t like the most in this company. Once you get an assignment wherein you need to make a purchase, you need to spend your own money for the items you will buy. Granted, you will be reimbursed the amount you paid for but that’s only after you’ve written your report, submitted it and get approved by their moderators.

The payment for their full-time shoppers (which are in the minority, by the way) is only a few standard deviations higher than minimum wage. Their part-time shoppers are even in worse shape than that.

I’ve read several complaints about this company taking advantage of people and have them do extra assignments without pay. The complaints claim that Bestmark will sometimes find a way to manipulate the shopper into doing work that isn’t part of their original assignment.

There are some cases in which you won’t be reimbursed for the full amount of what you paid for in your assignment. For instance, you won’t get paid the $10 gas that you spent going to the location of your assignment.

You have to be thorough with your report as they read every tiny detail on it. For instance, you need to keep a list of all the things you ordered, and in what order. You also need to keep an eye out on every extra payment that you may have made while doing the assignment.

Bestmark Mystery Shopping is certainly not a scam.

You can make money by becoming a mystery shopper but to tell you the truth, the money isn’t all that much. You’re better off working a dead-end job if I’m going to be brutally honest. At least in there, there’s a chance for a managerial position which would allow you to earn a bit higher than normal.

In short, if you have the extra time and patience, then this opportunity would give you some extra money. It all depends on how much you value your time. If you think it’s worth your time to review a restaurant for a chance to score $50 bucks or more, then this workshop is for you. If not, I suggest that you look somewhere else.